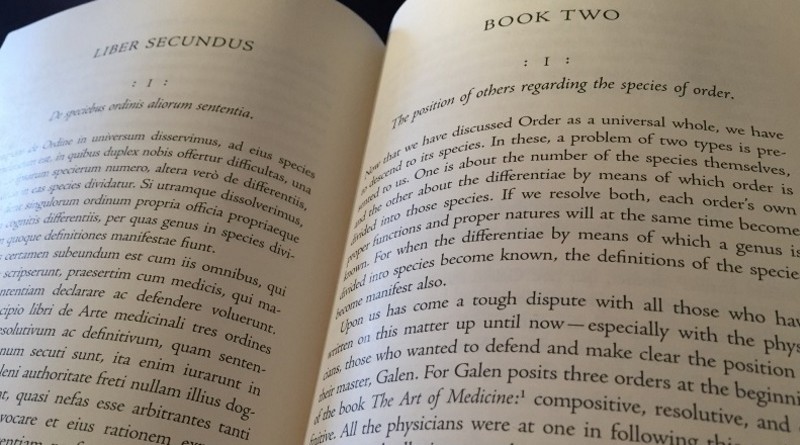 Part of the beautiful I Tatti Renaissance Library

Jacopo Zabarella spent his entire life in Padua, the university town of Venice, one of the greatest intellectual centers in the Europe of his day. He was born to a noble Paduan family on September 5, 1533. He received his doctorate in the arts from the university twenty years later. He was appointed to the first chair of logic in 1564 and—although he did not have a degree in medicine as was typical for the position—was in 1569 appointed to the junior position of extraordinary professor on natural philosophy in the second chair. He was promoted to the first extraordinary chair of natural philosophy in 1577 and the following year published a collection of commentaries, essays, and teaching tools under the title Opera Logica. His largest single work, a commentary on Aristotle’s Posterior Analytics, was published in 1582. In 1585, he was promoted to second ordinary chair in natural philosophy, the highest chair a native Paduan was allowed to hold. At the time of his death at age 56 on October 15, 1589, Zabarella was the most eminent writer in his field.

He was soon forgotten. Zabarella’s expertise was philosophy and science that took the writings of Aristotle as their starting point. Zabarella could read Aristotle in Greek. He knew Aristotle’s logical works, Aristotle’s cosmology, physics, and metaphysics, the biological works, even the minor tracts. He had access to commentators ancient, medieval, and recent. He knew his Aristotle well. But he also knew Galen, Avicenna, and Averroës, and he insisted that he was willing to criticize any of the ancients when he found them to be wrong. Still, he usually concluded that the ancient authorities were right and that it was the modern writers and teachers—especially the teachers of medicine—who were wrong. When he found disagreement among the ancients, Zabarella invariably sided with Aristotle. Study of Aristotle had waned early in the sixteenth century but had revived by the 1540s. However, in the decades after his death, Zabarella’s kind of Aristotelianism fell out of favor. Indeed, it represented much of what early modern philosophers and scientists were railing against.

Later historians of science and philosophy shared this disdain and gave Zabarella little attention. But at the beginning of the twentieth century, that changed. Historians including Ernst Cassirer and Pierre Duhem stressed that Gilbert, Galileo, Bacon, Harvey, and Descartes did not spring into being ex nihilo. To fully understand them, we need to study what they were reading and learning in their youth. Attention turned to late sixteenth-century discussions of method, to the University of Padua, and to Zabarella—especially after publication of John Herman Randall’s 1940 essay, “The Development of Scientific Method in the School of Padua.”  Randall presented Zabarella and his method of regressus as the very seed from which the Scientific Revolution grew. Much English-language scholarship on Zabarella has been influenced—often overly influenced—by Randall’s thesis.

Unfortunately, that scholarship has been hindered by a lack of readily available texts. The two volumes presented here provide the first modern Latin edition and the first English translation of the works that have garnered the most attention, On Methods and On Regressus. 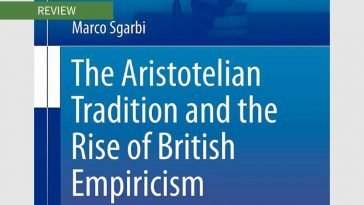